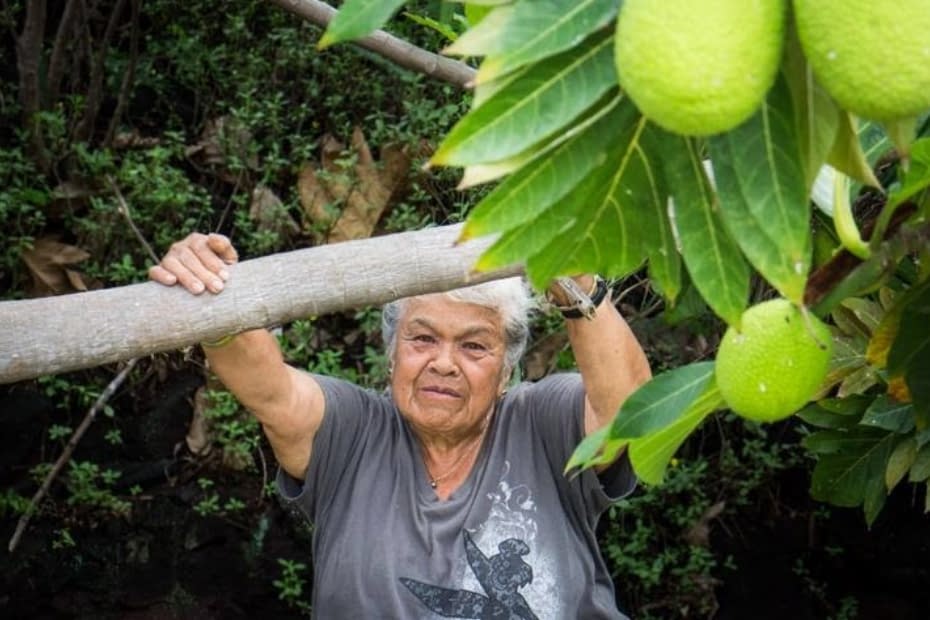 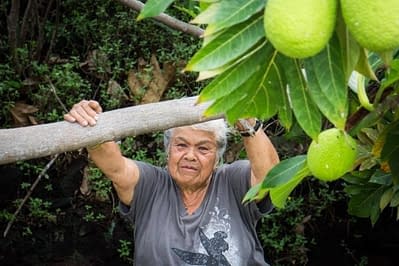 Aunty Shirley Kauhaihao is a life-long resident of Honaunau, Kona, Hawaii and an icon of her community.

Aunty Shirley Kauhaihao has a deep and life-long commitment to breadfruit, rooted in her Honaunau, Kona upbringing in the heart of what once was an ancient Kona breadfruit forest and shares the joys of ‘Ulu with people of all ages.

Aunty Shirley is co-director and founder of Ho‘oulu ka ‘Ulu, a project to revitalize breadfruit as an attractive, delicious, nutritious, abundant, affordable, and culturally appropriate food. She is well-known in the community as a master weaver and member of Ka Ulu Lauhala ‘o Kona, cultural organizer at Amy B.H. Greenwell Ethnobotanical Garden, and lead organizer for the cleanup of graffiti along Queen Ka‘ahumanu Highway in South Kohala, among her many volunteer activities. She is also a recipient of the Ka‘ulu Kupa‘a Award.

Aunty Shirley also conducts workshops throughout Hawai‘i and the Pacific and was recognized as a 2019 Star of Ocean at its event held every three years since 2006 honoring service to raise the common good.

Aunty Shirley’s unfaltering dedication to the land and people of Hawaii has inspired countless others.